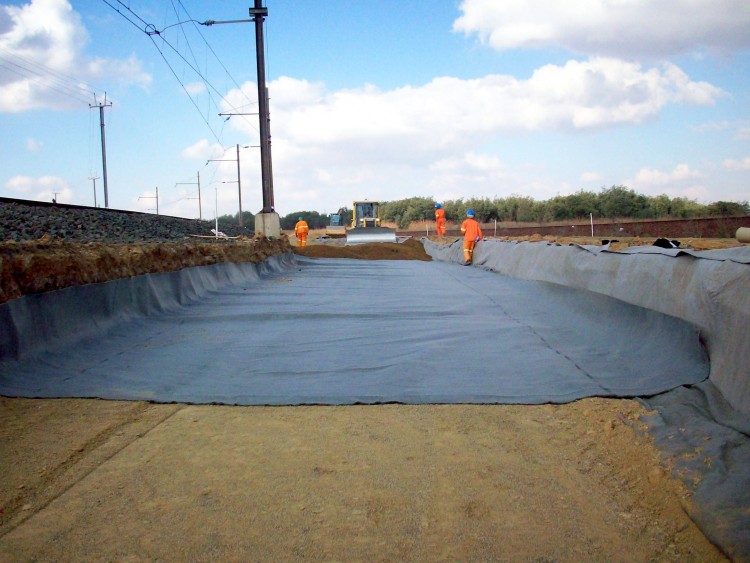 The construction of two new Transnet railway lines adjacent to an existing line encountered subsoil drainage problems and space limitations. A blanket drain with a lateral fin drain were specified instead of a sand blanket drain.  The latter proved problematic as the sand layer was easily contaminated by the fill and the thickness was difficult to control under heavy traffic.

bidim A10 was used as the drainage and separation  layer as it maintains the integrity of selected fill material over very low CBR subgrades, whilst allowing the dissipation of pore water pressure within its plane resulting in rapid stabilisation.

The bidim used in this project was produced using
over 286 000 recycled cooldrink bottles.

What do you think?