As part of the subgrade stabilisation to allow for construction of the area’s new shopping mall, bidim A2 was installed as a separation layer. The bidim used in this project was produced using 101 081 recycled cooldrink bottles. 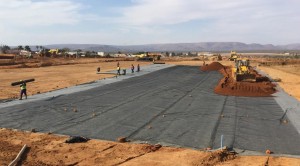 The new mall was planned for construction on low bearing soils. bidim A2 was used as a separation layer to the sub grade stabilisation geogrid. The bidim in this project used the equivalent of 24 810 recycled cooldrink bottles. 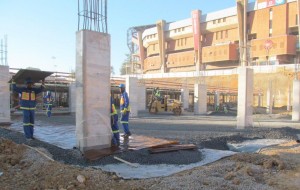 Adding multiple levels of parking to alleviate congestion, will see plenty of room for rugby supporters in future. The water table needed to be lowered for the basement layer where bidim was used in drainage trenches and as a separation layer between the in situ and aggregate at the base of the surface bed. The […] 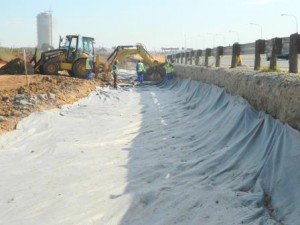 Unsuitable in situ material at the site of this access road – due to a high water table – was excavated and infilled with dump rock. The high strength of bidim A8 and its filtration properties, ensured adequate adequate movement of underground water away from site. The bidim in this project used the equivalent of […] 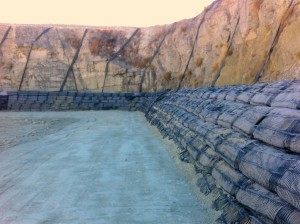 In this rubble pit, the vertical face of the quarry posed a potential safety risk. A stable slope was created using geogrids for reinforcement and bidim A6 to retain the soil in a wrap around wall system. The bidim used in this project was produced using 274 054 recycled cooldrink bottles. 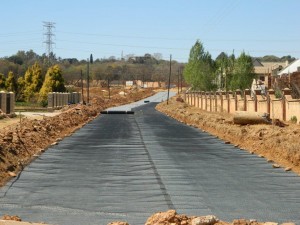 bidim A2 was placed as a separation layer under the mechanically stabilising geogrid. The bidim in this project used the equivalent of 18 378 recycled cooldrink bottles. 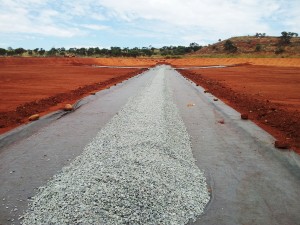 Constructed over a clay liner, a drainage system using bidim A5 at its base, provided filtration and separation for the removal of leachate. The bidim used in this project was produced using 42 972 recycled cooldrink bottles. 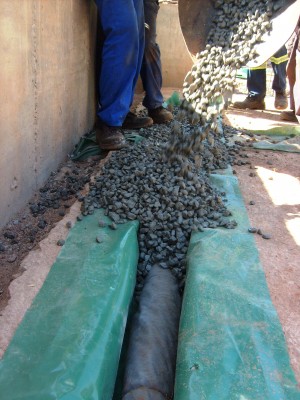 bidim A4 provides filtration and separation functions wrapped around slotted pipes which form part of a leak detection system. The bidim used in this project was produced using 6 589 recycled cooldrink bottles. 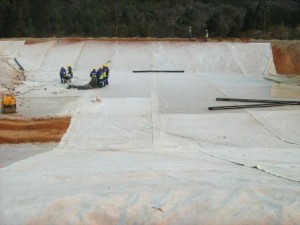 bidim A0 was laid as the drainage separator between the liner installer’s filtration system and bidim A8 for the protection layer to their HDPE liner. The bidim used in this project was produced using 1 169 350 recycled cooldrink bottles. 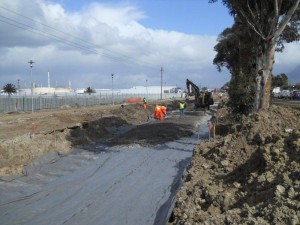 As part of the Cape Town BRT programme, a box cut was excavated in this section. The bidim A4 installed acts as a separator preventing contamination of the selected layers and the clay. 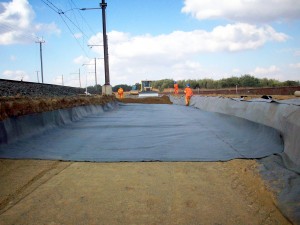 The construction of two new Transnet railway lines adjacent to an existing line encountered subsoil drainage problems and space limitations. A blanket drain with a lateral fin drain were specified instead of a sand blanket drain.  The latter proved problematic as the sand layer was easily contaminated by the fill and the thickness was difficult to […] 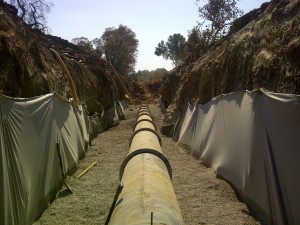 Where a new pipeline would have to traverse wetlands, the trenches were dug far larger than the diameter of the pipes, lined with bidim A6 followed by a thick layer of 19mm stone placed at the base.  The thicker grade bidim would assist in carrying the load of the pipes, forming a reinforced base, and its high […] 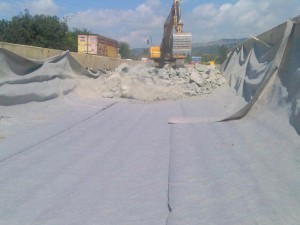 In a separation function, bidim A7 was used between pavement layers. 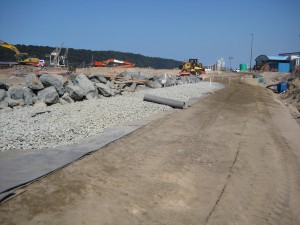 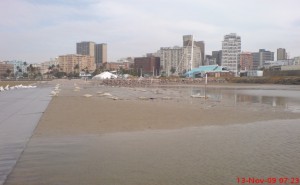 Building a hotel at the yacht mole posed a challenge for laying foundations until bidim A10 was used to separate the in-situ soil from the dump rock. 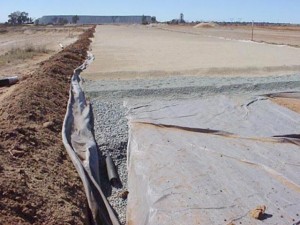 The tailings dams facility at this mine used bidim A4 beneath the graded natural filter layer in a filtration and separation function. 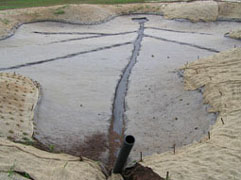 bidim A3 was installed as a separator to prevent mixing of the in-situ soil and the imported clear, white silica bunker sand. 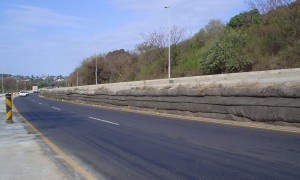 bidim A6 was used to construct a temporary vertical wrap-around retaining wall within the median of this high traffic road. The wall measured 400m long x 1.8m high at the highest point and lasted the full year during widening of the road. 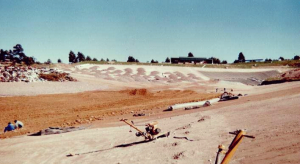 bidim U24 was used as a separation layer between the compacted clay layer and the stone drainage layer in the base of the cell. 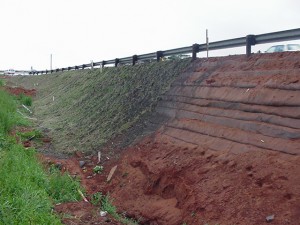 The wrap around reinforced embankment withstood even the torrential rains of October 1999. 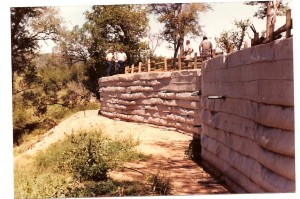 A bidim U44 wrap around wall was erected to stop elephant invasion of the camp. 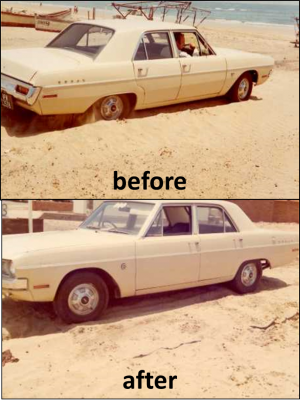